Get your ISH together: The struggle 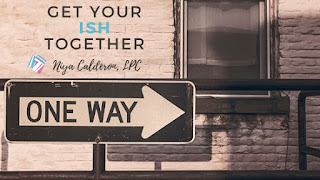 So you've you picked your one ish to work on. And you've broken down some short term goals and some metrics to measure for progress (am I sounding to clinical?) You've basically have some sort of plan on how you'll do it and what to look for as progress.

You get up the next day and you're full of energy. You're eager and motivated to start this new thing. A week later, you're going strong, proud of yourself and loving it. About two weeks in, you'll wake up one day...and just won't feel it. You won't be motivated, you've lost your mojo, and the only thing that interests you is possibly going back to whatever ish you were doing before making this change.

You wanted to make change ✔
You mapped out your ish ✔
You read this blog series ✔
You ventured off my blog tot pinterest for procrastination ✔
You got back on board and began working ✔
You started feeling great✔
You finished to the end....errr what?

So the after beginning and choosing what to work on - you really need to venture into the HARDEST part of the journey in getting your ish together. The work.

Let me simplify this process to it's bare essentials: You'd implement some new habits targeted towards your goal, you'd consistently do your new habits, you'd measure often what's working and what's not and adjust.

Yep, that's it. So why does it appear so much complicated? Because we are human beings who are chauffeured around by our emotions 99.9% of the time. Like Mark Manson shares in his book: The subtle art of not giving a f*ck - it's not that making hard choices isn't easy, it's the emotional consequences that can be complicated.

This is why the middle is the struggle. It's the ongoing challenge of moving past emotion, adversities, opinions to keep working on your ish. This is when calling it quits will seem the most attractive. This is when settling for any available option will gleam the brightest. This is also when we forget WHY we wanted to work on this ish in the first place.

So what's the fix?

Aknowledge it sucks -
no purpose in using some woowoo lala psychological funk to convince yourself it's okay. Isn't that how we end up as this guy?  So admit to yourself and a trusted friend that things suck.

Evaluate your whys
Ask yourself why is this ish important, what's my purpose behind it? Also then ask yourself, why is this is so hard, can I make it easier? Evaluate how you're doing and what's preventing you from wanting to move forward? Can you adjust something?


Break your ish down even smaller
So this is pretty countertuitive and those of that struggle with black/white thinking will mock at this.  Remember our whole schpeel 'If I don't lose 50 pounds I'm just going to eat 8 cheesecakes? Classic black/white thinking process. But what if we realized 50 pounds WAS NOT going to be a good goal for us and going to the gym 5 times/week WAS NOT going to be a good metric for us. What if we decided to break it down even smaller. What if we said I'll go to the gym ONCE a week? No many of us will laugh heartily and say 'go big or go home' but we are also probably the people not going to the gym...

The point is sometimes (most of the time) what I've seen in my clients are people - regular humans, taking on super portions of change onto their plate. This is what makes change hard. Many times it's making small changes over a period of time that help you really get your ish together. We've learned this from the greats (Gary Kellers & Jay Papasan's The one thing).

Sometimes the change is harder than we imagine and we need accountability.
anxiety brokenness contentment depression frustration guidance howto mental health real talk self esteem self worth self-care self-control 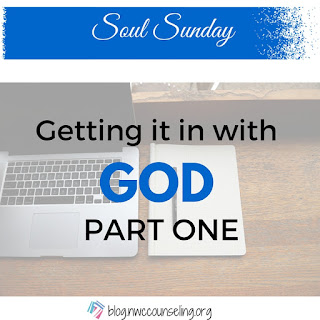